The 90th birthday of Antonino Zichichi 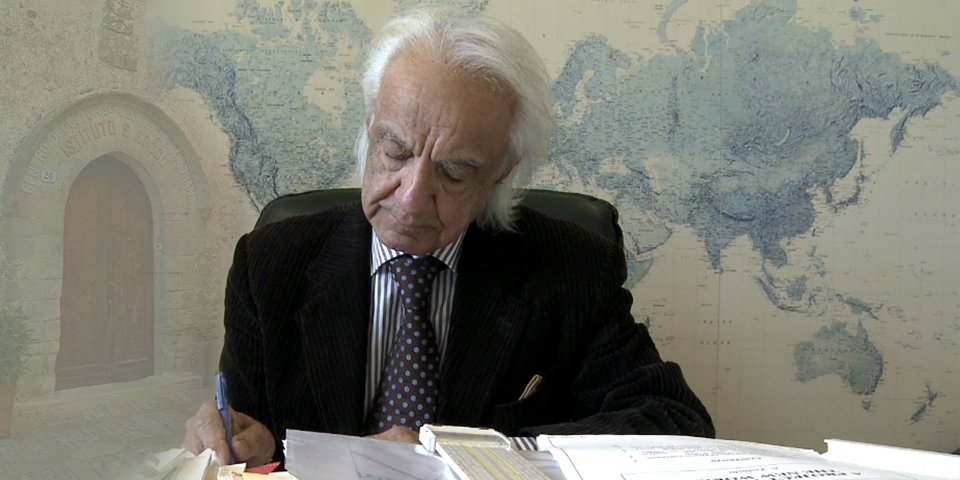 In the realm of high energy physics research, it is clear that Italy punches well above its weight. In the laboratories of Europe and the USA, and in particular the largest of these, CERN, it is sufficient to glance at the telephone lists to see a preponderance of names of Italian consonance to realize this fact. Of course, history may have something to do with it. From the genius of Galileo Galilei, who launched the study of modern experimental physics, to that of Enrico Fermi, there have been ample role models for bright young students to emulate. But a similar reasoning can be applied elsewhere: a plethory of great names studs the constellation that has brought us to where we are in the understanding of the world around us and the universe of which it forms a part. There must be something else.

A couple of years ago, when boarding a plane in Rome with Professor Zichichi, I was surprised to see that the flight attendants immediately recognized their eminent traveller and requested excitedly to be photographed with him. This star is not an actor, a singer or a well-known politician, but a professor of elementary particle physics! If a whole country can be infected with an appreciation for physics, there is little wonder that there are many candidates for its study.

On October 15th, Professor Antonino Zichichi, celebrated his ninetieth birthday. The genius of Zichichi (Nino to his friends and colleagues) has been, and continues to be, to combine outstanding fundamental physics research, firmly based on experimental observations, with an exceptional talent for communicating the importance, and indeed the intrinsic beauty of physics. Thanks to his enthusiasm, delivered via regular TV appearances, numerous books and newspaper articles, he is able to infuse a general interest in the subject that is unique to Italy. And thanks to this interest he has been able to gain access to the national leadership and obtain the necessary support for his audacious projects, such as the LAA initiative that would prove to be of such vital importance in enabling essential detector development, and thanks to which the LHC experiments are so successful. His extraordinary ability to see the “big picture” was also clearly exemplified with his organization of the ECFA-LEP Working Group, which, by inspiring accelerator and experimental physicists to work together and optimize the approach to collider-based physics research, played a major role in the success of LEP.

While physics has been, and continues to be, the driving force behind his initiatives, and with the award of scholarships he can satisfy the corresponding educational aspects so dear to his heart, the projects are not confined to physics alone. Through the centre he created in Erice, schools and workshops are also held on life sciences, and an annual meeting he founded is devoted to addressing global emergencies. Through the World Federation of Scientists, another entity he created, he is able to support such diverse initiatives as the planting of trees to halt the advance of the Sahara, and Kangaroo mother care for preterm infants.

Nino is more active than most people of half his age – which is good, because he has so many ideas and plans that it will take decades to fulfil them! May he continue to enjoy spreading the word and taking pleasure in achieving his goals for many years to come.