Celebrating the IYPT 2019 with our "Passion for Science" 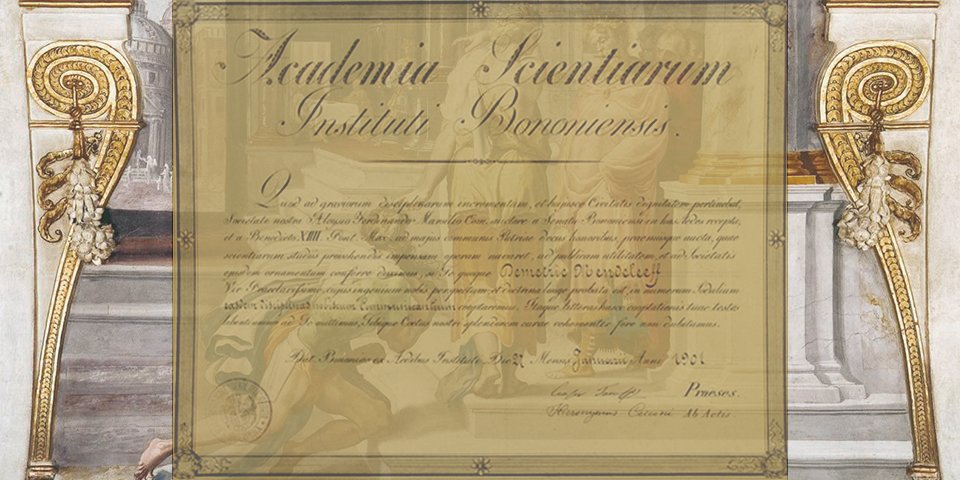 On November 6 and 7, 2019, the Italian Physical Society (SIF), in collaboration with the Italian Chemical Society (SCI), have organized "Passion for Science: New Elements and New Materials" – International Symposium on the occasion of the International Year of the Periodic Table of Chemical Elements (IYPT2019). The event took place in the colorful and historical Sala Ulisse of the Accademia delle Scienze dell'Istituto di Bologna and was attended by some 80 participants from Italy, Europe and overseas. The whole Symposium was broadcast in live streaming.

More than dozen of excellent presentations covered a broad spectrum of topics: from the history and pre-history of Dmitry Mendeleev's discovery of the periodic law, by Bernadette Bensaude Vincent (Université Paris 1, France), to the progress towards the discovery of new heavy elements by Mikhail G. Itkis (JINR, Dubna, Russia); from how the chemistry and materials sciences meet, by the Past President of EuChemS Ulrich Schubert (Vienna University, Austria) to the superconducting materials for large scale applications by Lucio Rossi (CERN, Geneva, Switzerland), and more. Very memorable and entertaining were talks by the EPS President Petra Rudolf (University of Groningen, The Netherlands) on materials and surfaces where she explained a remarkable progress in understanding the surface physics and control of its properties by, e.g., light; by Diederik Wiersma (INRIM, Torino, Italy) who explained the new system of units which significantly advanced from so-well-known-from-textbooks the "mètre étalon" carefully maintained in Paris for long time till recently and by the EuChemS Vice-President David Cole-Hamilton (University of St Andrews, UK) who together with his colleagues developed a new shape of the periodic table to show endangered elements used in everyday smartphones and TVs and convinced us to recycle our cellphones and avoid buying and using helium balloons. A patriarch of Italian high energy physics, Antonino Zichichi (Università di Bologna, Italy) gave a thoughtful overview of "Elements and anti-elements".

My own (Vladimir Shiltsev - Fermilab, Chicago, USA) presentation was on the history of the Bologna Academy (est. 1690) and some of its members, with particular focus on Daniel Bernouilli (1700-1782), famous for his foundations of hydrodynamics; the "father of Russian science" Mikhail Lomonosov (1711-1765), see Il Nuovo Saggiatore, 2017, No. 5-6; and the celebrity of 2019, Dmitry Ivanovich Mendeleev (1834-1907). I briefly described his life and the great scientific accomplishments beyond the Periodic Table, such as pioneering studies of gases, supercritical fluids, compounds in solution of ethanol in water, and economics. After my talk, thanks to Luisa Cifarelli and Aldo Roda, I got a unique opportunity to visit the Bologna Academy archives and see with my own eyes the invaluable 18th and 19th centuries letters and correspondence from these geniuses of the past.

The Symposium ended with the award ceremony of the plate of "Historic Site of the European Physical Society", recalling the achievements of Luigi Galvani (1737-1798), famous Bolognese Academician, physician, physicist, biologist and philosopher, who discovered animal electricity.