The American Physical Society in 2020 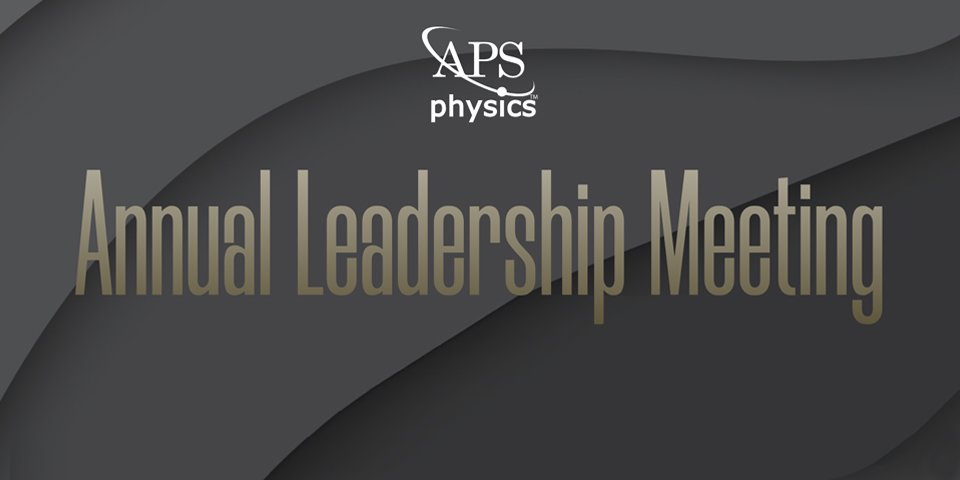 The Annual Leadership Meeting (ALM) of the American Physical Society (APS) took place in Washington DC, from January 29 to February 1, 2020. The meeting was meant to highlight international engagement in physics and assist APS leaders (unit officers and committee chairs) in understanding their roles within the broader APS vision. A number of “student ambassadors” were also invited to the meeting.

The ALM was preceded by the traditional Congressional Visits Day, on January 28, which gave the opportunity to selected groups of APS members to be admitted at the Capitol Hill Offices to advocate for science and specific issues related to the physics community. The APS has some 55000 members of whom more than 20% live outside the US.

Conveners of the ALM were the APS President Philip Buchsbaum, the Past President David Gross and the CEO Kate Kirby. The ALM started with an International Leadership Forum where leaders from APS and other scientific societies all around the world (including Petra Rudolf, President of the European Physical Society), together with science policy makers, discussed about the challenges and opportunities of our field, tackling topics which ranged from international collaboration to international competition, in particular of the US with respect to China. A keynote speech by Steven Chu, on open science and intellectual property, followed by two talks by David Reitze, on gravitational waves, and Christopher Monroe, on quantum information science, opened the Forum.

Then the ALM focused on the work with APS of unit leaders, committee chairs, student ambassadors and other society leaders and volunteers, with parallel presentations and workshops on the following topics: international affairs, diversity, careers, education & outreach, meetings, finance, communications, membership, unit networking (for APS divisions, forums, topical groups and sections). A plenary session of the ALM was organized by the APS Ethics Committee and devoted to presentations and discussions on the delicate issue of conduct at meetings.

The ALM gave also the opportunity to celebrate the 50th anniversary of some of the well renowned APS journals, namely Physical Review A, B, C, and D.

The ALM was attended by Luisa Cifarelli, chair of the APS Forum on international Physics (FIP) for 2020, who then reported to the Council of the Italian Physical Society (SIF) about some inspiring initiatives and specific activities that in her view could be implemented also within the SIF.

Notice that this year the FIP has organized special sessions at both the March Meeting (Denver, March 2-6) and April Meeting (Washington DC, April 18-21) of the APS on the themes of “Physics with accelerators”, “Physics for development” and “Funding top quality research in physics”.