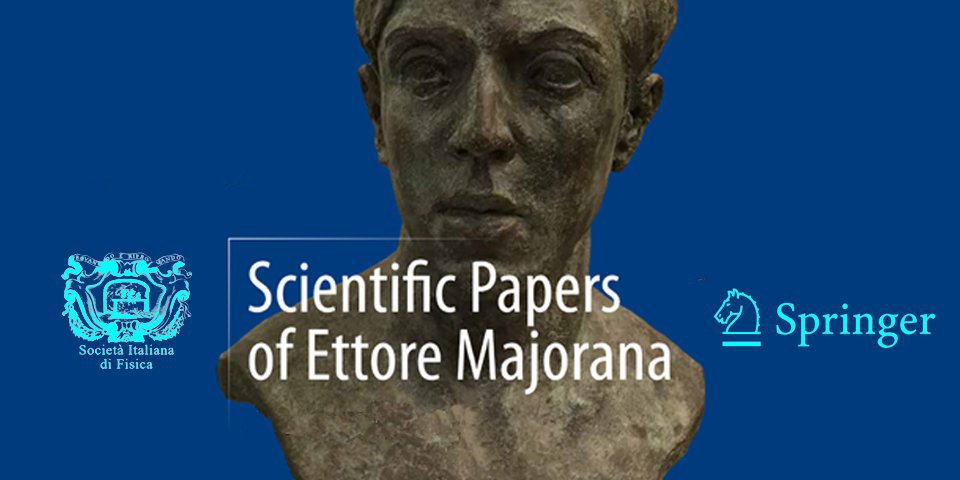 A new volume, edited by Luisa Cifarelli and jointly published by the Italian Physical Society and Springer, presents in full the work of the Italian theoretical physicist Ettore Majorana and explains its impacts, which is still being felt.

This volume is the third edition of the scientific papers of Majorana under the initiative of the Italian Physical Society. The first, titled "Ettore Majorana Scientific Papers – On occasion of the centenary of the birth", edited by Giuseppe Franco Bassani and the Council of the Italian Physical Society, appeared in 2006 (SIF-Springer). This first edition contained, both in their original Italian version and in their English translation, all the articles of Majorana (which are only about ten), duly commented. The second edition, titled "Ettore Majorana Scientific Papers – 80 years after Majorana's disappearance", was published in 2018 (SIF), with the same contents. Both editions are sold out and got out of print.

This third, new edition is in English only and, in addition to the previously collected and commented Majorana's papers, it opens with a contribution by Antonino Zichichi that considers in depth the scientific genius of Majorana. The eleven papers by Majorana are then presented in chronological order. The complete collection in English of these papers (in most cases translated into English for the first time) can exclusively be found in this volume. Each paper is accompanied by a comment from an expert in the field in question. Though small, the whole collection of translated Majorana's papers constitutes a heritage of undeniable value and extraordinary scientific meaning, since they laid the foundations for research fields that remain topical today. With this in mind, two additional contributions on ongoing developments in these research fields are included: one on Majorana neutrino physics by Alessandro Bettini and the other on Majorana fermions in condensed matter by Giorgio Benedek. The volume closes with an updated note, by Francesco Guerra and Nadia Robotti, on Majorana's life until his ill-fated disappearance.

The e-book is available at this link.