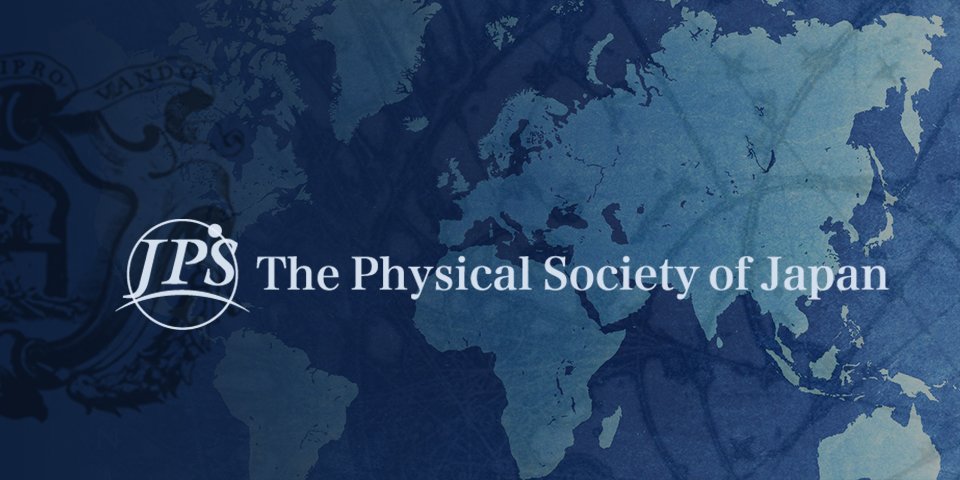 In May, 2020, JPS and SIF established a reciprocal agreement between the two physics societies. The President of SIF, Angela Bracco, had proposed the agreement to me in 2019; and we had expected it to be enacted by March, 2020. However, we had some delay due to the current global pandemic. Finally, the documents have been exchanged via e-mail. The JPS had exchanged the reciprocal agreement with the European Physical Society, but not directly with the SIF, so far.

The JPS is the direct successor of the Tokyo Mathematics Company which was founded as Japan’s first academic society of natural sciences in 1877. Its name was changed to the Tokyo Mathematico-Physical Society in 1884 and then to the Physico-Methtematical Society of Japan in 1919. After the World War II, it dissolved into two new societies, the Physical Society of Japan (JPS) and the Mathematical Society of Japan in 1946. At this moment, the JPS has about 16,000 members including about 2,500 graduate students. Starting from the awarding of the Nobel Prize in Physics to Hideki Yukawa in 1949 and Shin’ichiro Tomonaga in 1965, 11 members awarded the Nobel Prize in Physics and 2 members in Chemistry.

The JPS monthly publishes “Butsuri (Physics)” in Japanese to widely provide information on developments in physics to the physics community. We also publish the monthly international journals “Journal of the Physical Society of Japan (JPSJ)” and “Progress of Theoretical and Experimental Physics (PTEP)”, together with a full open access journal, “JPS Conference Proceedings (JPS Conf. Proc.)” in 2014 for the proceedings of international conferences, workshops, etc.

The role of the JPS in the Association of Asia Pacific Physical Societies (AAPPS) is getting more important. The AAPPS, established in 1990, is the association of 18 physical societies in the Asia Pacific region. Prof. Jun’ichi Yokoyama of the University of Tokyo is the President of the AAPPS, now. It publishes the AAPPS Bulletin with a strong support from the Asia Pacific Center for Theoretical Physics (APCTP). Also, in the three divisions of the AAPPS, division of plasma physics, division of nuclear physics, and division of astrophysics, cosmology and gravity, Japanese members take the leadership in each division. There are on-going discussions to extend the divisions in particle physics, solid state physics, and so on.

Although it would be ideal to visit some Italian cities on this occasion and meet in person to celebrate the establishment of the agreement and discuss future collaboration plans, unfortunately, this is not possible because of the pandemic situation. Instead, as a first step of our collaborations initiated with the reciprocal agreement, I am contributing with this article to SIF Prima Pagina. Regardless, this is the beginning of new alliances between JPS and SIF, extending our successful collaborations in physics between the two countries.