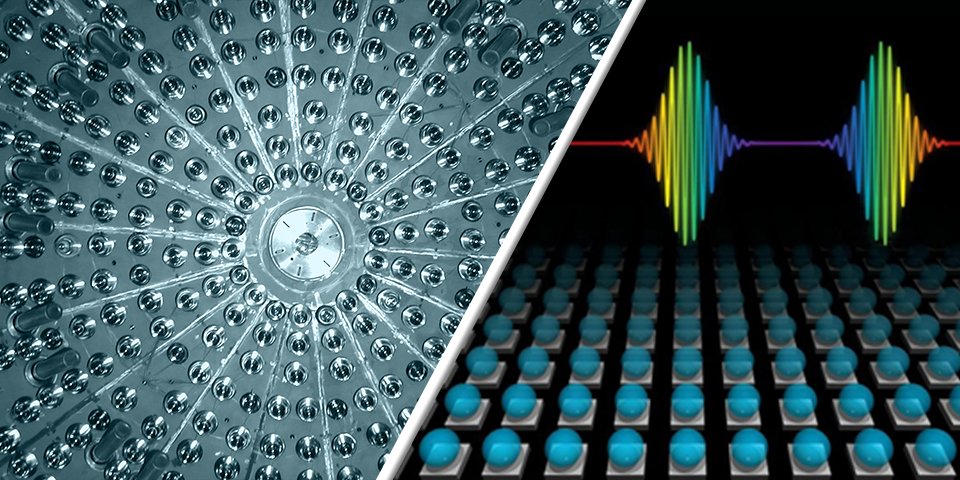 Two recent announcements have been made by the Boards of the HEPPD (High Energy Particle Physics Division) and QEOD / AMOPD (Quantum Electronics and Optics Division / Atomic, Molecular and Optical Physics Division) of the EPS (European Physical Society). They both concern Italian physicists!

The EPS HEPP Division has awarded the 2021 Giuseppe and Vanna Cocconi Prize for an outstanding contribution to particle astrophysics and cosmology to the Borexino Collaboration for their ground-breaking observation of solar neutrinos from the pp chain and CNO cycle that provided unique and comprehensive tests of the Sun as a nuclear fusion engine. This important international recognition was established in 2011 to honor the memory of Giuseppe Cocconi (1914-2008), CERN Research Director (1967-1969), and of his colleague and wife Vanna Tongiorgi Cocconi. The prize is awarded every two years.

The Borexino underground experiment is installed at the Gran Sasso National Laboratories (LNGS) of the National Institute of Nuclear Physics (INFN). Since 2007, due to its extreme level of radiopurity which was achieved by accurate R&D and selection of all its components and by the use of innovative methods for radio purification, Borexino has been able to harvest outstanding results in solar neutrino physics. The Borexino Collaboration stems from a strong cooperation among Italy, Germany, France, Poland, the United States and Russia.

"The results we obtained with Borexino went well beyond the most optimistic initial predictions", commented Gianpaolo Bellini, scientist emeritus of INFN and professor emeritus of the University of Milan, one of the founding fathers of the experiment, who led it for 22 years, "and the Cocconi Prize awarded to us by EPS is a recognition of more than thirty year of work, beginning in the late 1980s, when the experiment was conceived in the context of the scientific debate triggered by the then unsolved solar neutrino problem, and by the need to study solar neutrinos from very low energies".

The EPS QEOD / AMOPD 2021 Vladilen Letokhov Medal was awarded to Massimo Inguscio for world class experiments in atomic, molecular and optical (AMO) physics, from spectroscopy of metastable helium to pioneering work with degenerate bosonic or fermionic quantum gases, and for many services to the international AMO community.

Professor emeritus at the Campus Bio-Medico University of Rome and member of the Accademia Nazionale dei Lincei, Massimo Inguscio is engaged in research that includes atomic physics at extremely low temperatures and quantum science and technology. Former President of the National Research Council (CNR) since 2016, he was Director of the European Laboratory of Non-Linear Spectroscopy (LENS) in Florence from 1998 to 2004, and President of the National Institute of Metrological Research (INRIM), in Turin, from 2014 to 2016.

The Vladilen Letokhov Medal was established in 2018 as a joint effort by the Russian Academy of Sciences and the European Physical Society in memory of Vladilen Letokhov (1939-2009), former Vice-Director of the Institute of Spectroscopy at the Russian Academy of Sciences and pioneer in several fields of laser physics. The prestigious prize aims to recognize outstanding contributions in laser-matter interaction, in particular spectroscopy of atoms and molecules, laser manipulation of atoms, and strong field processes.