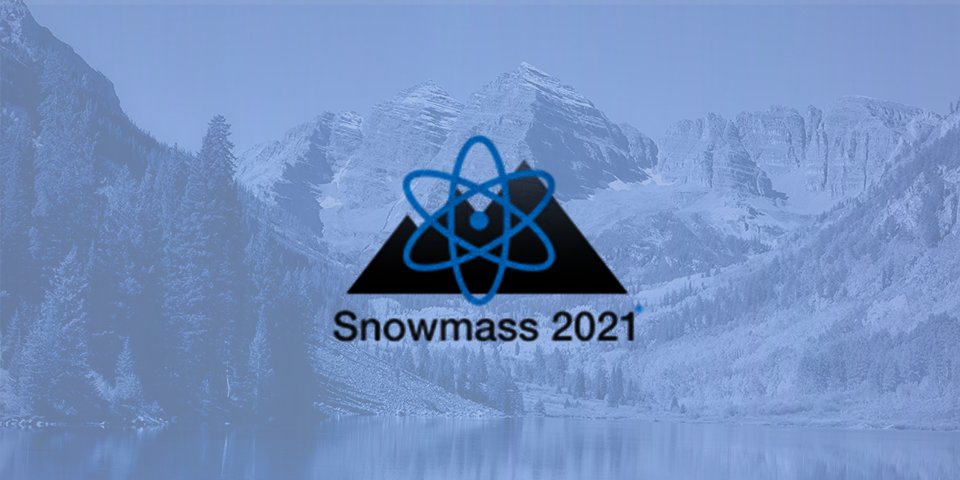 The Snowmass'21 is a scientific study to define the most important questions for the field and to identify promising opportunities to address them. It provides an opportunity for the entire particle physics community, the so-called HEP community, to come together to identify and document a scientific vision for the future of particle physics in the US and its international partners. The P5, Particle Physics Project Prioritization Panel, will follow in 2023 and take the scientific input from the Snowmass'21 and develop a strategic plan for US particle physics that can be executed over a 10-year timescale, in the context of a 20-year global vision for the field.

Related to the Snowmass are other US domestic programs such as the National Academy of Sciences (NAS) Decadal Survey on Astronomy & Astrophysics (2020) and the NAS Decadal Survey of Elementary Particle Physics (2021), as well as global programs: the 2017 JAHEP/KEK Roadmap (SuperKEKB, J-PARC, Hyper-K, ILC), the 2020 Update of the European Strategy for Particle Physics and the Latin America’s Strategy Forum for Research Infrastructure.

The Snowmass'21 continues the tradition of the HEP community planning – the first workshop in the series was organized by the APS in June 28-July 16, 1982 to "assess the future of elementary particle physics, to explore the limits of our technological capabilities, and to consider the nature of future major facilities for particle physics in the US." Many of these studies had taken place in the village of Snowmass in Colorado mountains (hence the name). The previous planning exercise was a year-long, wide community effort culminated in the "Snowmass on the Mississippi" in July 29-August 6, 2013 attended by about 700 participants.

Snowmass'21 activities are managed along the lines of ten "Frontiers": Energy Frontier, Neutrino Physics Frontier, Rare Processes and Precision, Cosmic Frontier, Theory Frontier, Accelerator Frontier, Instrumentation Frontier, Computational Frontier, Underground Facilities, Community Engagement Frontier. The Frontiers are led by Frontier Conveners who have been nominated by the community and selected by the Snowmass’21 Steering Committee. I am the convener of the Accelerator Frontier (AF) together with Stephen Gourlay (LBNL) and Tor Raubenheimer (SLAC). The Frontier conveners have invited topical group conveners, drawing heavily from the original list of community-proposed nominations. This process was developed to provide a diverse and representative leadership including junior and senior researchers, theorists and experimentalists, and balance regarding gender, geographical distribution, and background.

Snowmass'21 community-wide meetings and workshops include the “Snowmass Kick-off Town-Hall meeting” (virtual, April 18, 2020), the "Snowmass Community Planning Meeting" (virtual, October 5-8, 2020), and the "Snowmass Summer Study" (July 2022 at the University of Washington in Seattle). The Snowmass 2013 was highly successful (see the December 2013 Report as it laid out a roadmap for great science opportunities, resulted in broad community buy-in, which was further transformed in the 2014 plan of the P5, a subpanel of the High Energy Physics Advisory Panel (HEPAP), jointly chartered by the Department of Energy (DOE) and the National Science Foundation (NSF).

As usual, all these US planning activities are truly international with active participation from Europe, Asia, Russia and Americas. For example, this year, several Italian scientists participate in the leadership positions, including Nadia Pastrone (INFN Torino) and Fabio Maltoni (University of Bologna), while Donatella Lucchesi (University of Padua) is a member of HEPAP.

Each of the ten Frontiers has quite diverse set of issues and topics to cover. For example, the Accelerator Frontier activities include discussions on high-energy hadron and lepton colliders, high-intensity beams for neutrino research, beams for "Physics Beyond Colliders", accelerator technologies, science, education, and outreach, as well as the progress of core accelerator technology, including RF, magnets, targets, and sources. The key AF questions include: What is needed to advance the physics? What is currently available (state of the art) around the world? What new accelerator facilities could be available in the next decade (or next next decade)? What R&D would enable these future opportunities? What are the time and cost scales of the R&D and associated test facilities, as well as the time and cost scale of the facilities ?

Given the large number of accelerator projects under active discussion by the HEP community – ILC, Muon Collider, gamma-gamma and ERL options, large circumference electron rings, and large circumference hadron rings, amongst others – the Accelerator Frontier Implementation Task Force (ITF) has been organized and charged with developing metrics and processes to facilitate a comparison between projects. The ITF is chaired by Thomas Roser (BNL) and comprises 10 world-renowned accelerator experts from Asia, Europe, and the US and two representatives of the “Snowmass Young” (the Snowmass’21 organization of early career researchers). In 2020 the Snowmass participants have submitted almost 1600 Letters of Interest. Hundreds of contributed papers and reports are anticipated to summarize numerous discussions, workshops, and events. Because of the COVID-19 pandemic, the Snowmass’21 Report and the Community Summer Study meeting (CSS) – originally planned for the Summer of 2021 – will be delayed by one year until July 2022. Correspondingly shifted are the timelines: the White Paper submissions will take place by March 15, 2022; preliminary reports by the Topical Groups due May 31, 2022; preliminary reports by the Frontiers due June 30, 2022; all final reports by Topical Groups and Frontiers due September 30, 2022; the Snowmass’21 Book and the on-line archive documents due October 31, 2022.