N. 94 - Ottobre 2021     Decarbonizing the world: an input from the Swiss Physical Society
DALL'ESTERO From abroad

Decarbonizing the world: an input from the Swiss Physical Society 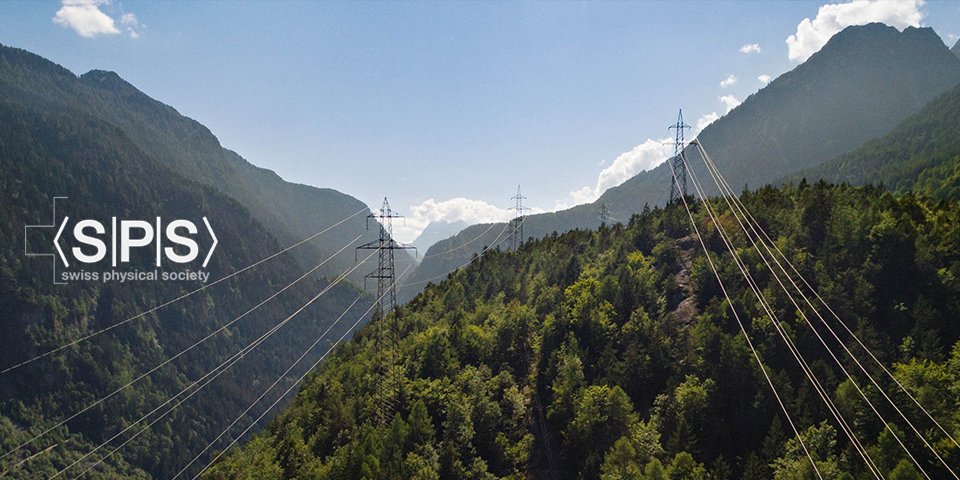 This year's Nobel Prize in Physics, with one half jointly awarded to Syukuro Manabe and Klaus Hasselmann and the other half to Giorgio Parisi, has been awarded "for groundbreaking contributions to our understanding of complex systems", especially Earth's climate issues. The message from this Prize is that urgent action is needed to decarbonize the world and thereby a rapid transit to new sources of energy is the task society and world leaders have to take, without further delays and without hesitation.

In 2019, the total use of primary energy world-wide was 173,340 TWh used in transport, heating, industrial production and manufacturing, etc. Over 85% of it is obtained from burning of fossil fuels, 11% are covered by renewables (hydropower, solar, wind, geothermal, bioenergy, wave and tidal) and the remaining 4% are based on nuclear power. Electric power generated in the same year was 25,900 TWh, produced by renewables (27.3%), nuclear (10.5%) and burning of fossil fuels (62.2%). Electricity needs will raise further in a decarbonized world, where combustion engines will subsequently be replaced by electric engines, not only in transport but also in industrial production, manufacturing and heating (heat pumps or direct heat production). New infrastructure to produce, store and distribute electric energy will need to be installed at an unprecedented scale in the coming few and critical decades – world-wide.

How this transition shall be made possible, while maintaining the economic system working and not collapsing cannot be solved by ideological debates but needs sober risk and costs analysis, followed by decision taking and implementation. Not all countries will derive the same conclusions, based on their geographical situation, available resources and political system.

After the disaster in Fukushima ten years ago, many western countries decided to step out of nuclear energy. Replacing nuclear power fully by renewable energies is the declared goal, while also replacing fossil fuels for energy. As can be seen in the numbers given above, renewable energy sources are an important pillar that will need to grow further at unprecedented scales.

Replacing coal plants worldwide fast, while providing fossil-free electricity at the same level – or when anticipating increase of electric energy usage at an ever-higher amount, with higher capacities and guaranteed availability considering daily and seasonal variations of production yields needs new concepts in storage and distribution. There are promising concepts that are workable at smaller scales. Whether full-scale deployment, covering the needs of modern, industrialized society is even possible when fossil free shall be the target (as asking just for CO2 neutrality will not be good enough) still needs to be shown.

Not all countries in the world have the same possibilities to change their energy production and supply chains and many countries are deciding to continue producing their electricity using nuclear power. Countries like the USA, India, China, France, UK, Finland, etc. will not stop nuclear energy production, in contrary, design and building of new generations of nuclear power plants are taking up pace again. Modern concepts can get rid of the problems current nuclear reactors have and thereby are also offering higher safety and better efficiencies. Further, the production of long-lived isotopes that otherwise remain as nuclear waste is minimized. When breeding is further considered, no long-term threads occur anymore and transmutation of existing nuclear waste becomes a possibility.

Nuclear energy is highly contested since the Chernobyl and Fukushima events. But what is the status today – would safe nuclear power ever be possible? Could it be added to the energy strategy for the world? For this and for the coming generations ?

Answering these questions is not easy and for this reason, the Swiss Physical Society (SPS) asked three experts in their respective fields to provide articles covering the state of the art in fission, breeding and fusion technologies. These three articles are presented in the first issue of the new SPS Focus series. SPS Focus is a new publication series of the Swiss Physical Society where a single topic is presented and placed in focus for a broader audience. This first volume describes the generation of energy by methods of nuclear technology that are probably not familiar to everyone.

The feedback received was overwhelmingly positive. Especially the neutral, physics-based description of fusion, breeding and fission technologies has been identified as useful and necessary, also in view of the urgent questions arising from the climate change and for establishing a CO2 free society. Breeding of thorium and transmutation of existing radioactive waste is no longer a dream, but is taking steps forward, as can be seen with the new site for accelerator driven transmutation of long-lived isotopes MYRRAH in Belgium or the thorium-fueled nuclear reactor tests, e.g. in China, as reported by Nature News.

All these reactions and the interest in new large-scale experimental test sites in Belgium, China and elsewhere, confirm and underline the timeliness of the chosen topic of SPS Focus No 1.