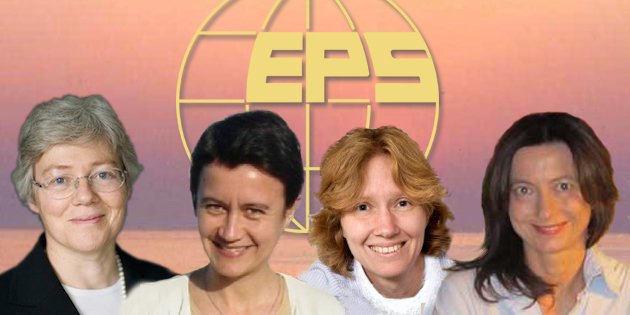 The Emmy Noether Distinction for Women in Physics was established by the European Physical Society in February 2013 to enhance the recognition of noteworthy women physicists with a strong connection to Europe through nationality or work.

The Distinction, awarded twice per year, is meant to: i) bring brilliant women physicists to the wider attention of the scientific community, policy makers and the general public; ii) identify role models that will help attract women to a career in physics.

The scope of the Distinction includes personal achievements in areas such as research, education, outreach and industry. The Distinction has been awarded so far alternatively to women physicists at different stages of their career, as it can be seen from the following list of recipients.

2014 (Autumn)
Prof. Anne L’Huillier, Faculty of Engineering, LTH in Lund, Sweden:
For playing a key role in a field at the interface of atomic and molecular physics and advanced optics, nonlinear optics and laser physics: high-order harmonic generation in gaseous media exposed to intense laser fields and its applications.

2014 (Spring)
Dr. Rumiana Dimova, Max Planck Institute of Colloids and Interfaces in Potsdam, Germany:
For her distinguished contributions to membrane biophysics, in particular for the important breakthroughs she has made in recent years in two major fields, namely electric field effects on membranes and aqueous microcompartments within vesicles, pioneering the use of new experimental techniques.

2013 (Autumn)
Prof. Nynke Dekker, Delft University of Technology, Netherlands:
For her research including the study of different proteins on DNA and RNA, the development of novel, physics-based single molecule techniques for the measurement of DNA torque and twist, and the translocation of DNA and RNA through nanopores for structural determination.

2013 (Spring)
Dr. Alessandra Gatti, Institute of Photonics and Nanotechnologies , Como, Italy:
For pioneering contributions to the field of quantum imaging.

Nominations for the Emmy Noether Distinction for Women in Physics can be made at any time to the EPS Secretariat.