N. 21 - Settembre 2015     EPS Position Paper on Energy in the spotlight
DALL'ESTERO From abroad

EPS Position Paper on Energy in the spotlight 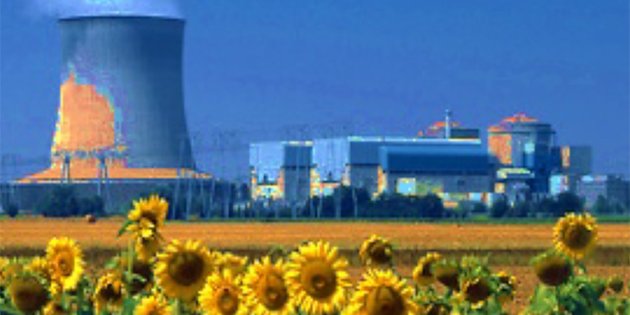 The European Physical Society (EPS) provides expert advice and policy statements via Position Papers to communicate its views on scientific issues that may have an impact on society. Its recent Position Paper titled "European Energy Policy and Global Reduction of CO2 emissions: Towards an effective sustainable electricity production in Europe" was written by the Energy Group of EPS and approved by the Executive Committee after consultation with all the Divisions, Groups and National Societies. It presents a critical view on the European plans for an electricity production from non-fossil sources, without omitting a possible contribution from nuclear energy, and places these in the broader context of current world energy and climate challenges. This paper has caught the attention of the scientific journal Nature, and

In summary, the main observations of the Position Paper are as follows. First, the share of Europe to world greenhouse gas emissions is rather low, and thus also the potential to contribute to a substantial reduction: a total elimination of fossil fuels from electricity production would result in a reduction of a mere 3-4% in world CO2 emissions. Second, the absence of realistic plans to develop essential components of a global green electricity structure (solutions to intermittency, storage, backup systems, large and high capacity EU electrical grid, etc.) is a serious omission while the implementation of the EU electricity plans is left to each individual country. Third, energy discussions often miss realistic targets with resulting policies that are not adequate, unnecessarily expensive and threatening the competitiveness of the EU.

The recommendations focus on three main points. First, Europe should continue to convince other nations to join the effort in reducing greenhouse gas emissions. Second, the public should have easy access to neutral information on the complexity of energy issues based on scientific facts, not on simplistic plans and projections. Third, Europe should develop a common efficient energy policy, based on accepted scientific evidences, and serving as a useful template for other nations worldwide.

The Paper was sent to all instances in the EU dealing with energy, to the EU Parliament, its Economic and Social Committee and ITRE Committee and respective committee members. It was also sent to higher instances in the Vatican, and to national ministers of Energy in several EU countries. Its aim is to foster in-depth discussions and actions towards an efficient and farsighted energy policy in Europe and in the world.