A new 7-year plan for JINR 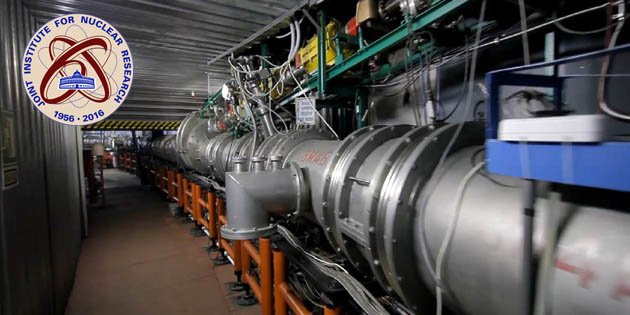 The 119th session of the Scientific Council of JINR (Joint Institute for Nuclear Research) took place at Dubna, Russia, on 18-19 February 2016.

The meeting was centred on the presentation of the Seven-Year Plan for the Development of JINR (2017-2023). This plan, as presented by Nikolai Russakovich, Chief Scientific Secretary of JINR, is very challenging and based on the following fundamental targets:

– Focusing on the effective use of new and modernized basic facilities, built up under the current 7-year plan, such as the IBR-2M reactor and the SHE (Super Heavy Elements) factory;
– First fixed target experiments at the NUCLOTRON (2017), the JINR superconducting cyclotron;
– Timely construction of the first stage of NICA (Nuclotron-based Ion Collider fAcility) for research in the field of physics of the hot and dense baryonic matter (2019);
– Full scale Gigaton Volume Detector at the Baikal lake for neutrino physics (2023);
– Extension of the international cooperation around major basic facilities of JINR, further integration of these facilities to European and worldwide research infrastructure;
– Attracting new countries to the JINR familiy;
– Adjusting the general infrastructure and “modus operandi” of JINR accordingly to experience of best international research centres.

The new 7-year plan follows on the heels of the current 2010-2016 plan which has witnessed a remarkable increase of JINR budget from 86 M$ to 207 M$. The document, to be approved at the end of 2016 by the JINR Committee of Plenipotetiaries of its State Members, will contain an exhaustive planning concerning the development of the JINR facilities, particle physics and heavy ion physics, nuclear physics, condensed matter physics, theoretical physics, IT (information technologies), education, engineering infrastructure, human resources and social policy. The document will stress the importance of a tight collaboration of JINR with FAIR, CERN and other international and national laboratories, as well as of the inclusion of JINR facilites in the ESFRI roadmap.

At the meeting, the forthcoming official celebration of the 60th anniversary of JINR on 5 April 2016 was also announced.