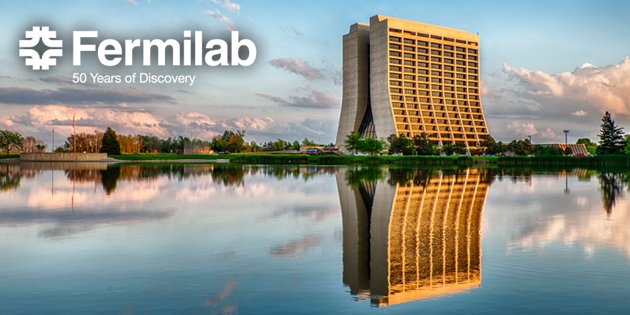 Fermilab welcomed its partners and colleagues from across the United States and around the world to its 50th Anniversary Symposium and Users Meeting on June 7 and 8, 2017, to celebrate its history and important milestone achievements, and to look toward the future of the Laboratory program and the fields of particle physics and accelerator science and technology.

I had the privilege to attend the first day of the Anniversary Symposium which had been organized by Fermilab Director Nigel Lokyer in a series of panels and talks, illustrating the past, the present and the future of the Laboratory.

The panels were on the following topics:
i)   the origins of Fermilab (among the panellists, Viktor Matveev, JINR Director, and Giorgio Bellettini, past co-spokesman of the CDF experiment, presented their recollections respectively on the Russian and Italian participation in Fermilab activities);
ii)   the international connections of Fermilab (with the UK, Brazil, Japan, etc.);
iii)   Fermilab technology and innovation achievements;
iv)   recollections and views on hadron colliders (this panel was chaired by Fabiola Gianotti, CERN Director General, and included, to name but a few, Young-Kee Kim, former Deputy Director of Fermilab, and Luciano Ristori, from INFN Pisa, a celebrated member of the CDF experiment);
v)   Fermilab technology and innovation.

The talks presented the many results achieved at Fermilab and future perspectives on: theory, fixed-target experiments, superconducting magnets, computing innovations, astrophysics, superconducting RF, muon experiments and neutrino experiments. The talk on neutrino experiments by Angela Fava, from Fermilab, illustrated the Deep Underground Neutrino Experiment (DUNE) which represents the flagship research program hosted at the Department of Energy Office of Science’s Fermilab to better understand the weird properties of neutrinos.

The keynote address was given by Shirley Ann Jackson, President of the Rensselaer Polytechnic Institute (the first woman and first African American to hold this position), an outstanding physicist who has spent time in Fermilab’s theory department early in her career before moving on to a distinguished career that includes senior leadership positions in academia, government, industry and research.

After this impressive scientific agenda and before the start of a nice reception in the imposing Wilson Hall Atrium, Giorgio Bellettini gathered all the Italian physicists attending the Anniversary Symposium in a unformal meeting with the Consul General of Italy in Chicago, Giuseppe Finocchiaro, and with the Director of the Italian Cultural Institute of Chicago, Alberta Lai. It has been a very pleasant and important opportunity to meet our official representatives in the US and to briefly present to them the activities of the Italian Physical Society. Let us not forget that – thanks to Enrico Fermi – Italy and the US have a tight scientific link.