The development of Open Science 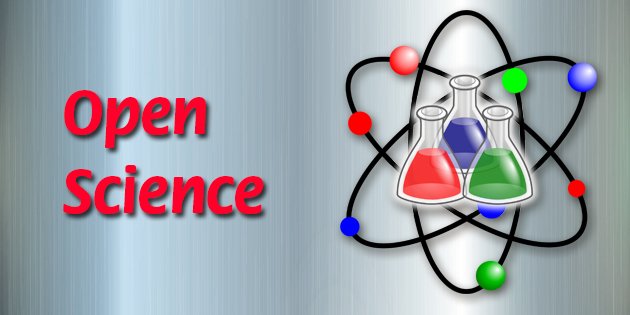 In 2016 the Directorate General for Research and Innovation (RTD) of the European Commission (EC) published a booklet on Open Innovation, Open Science, and Open to the World (the three “O” ) – A vision for Europe. Carlos Moedas, the European Commissioner for Research, Science and Innovation and his politician colleagues have realized that the way science works is changing drastically towards Open Science, a goal that should materialize with the creation of a European Open Science Cloud either during Horizon 2020 or later in the next FP9 program: "Open Science (OS) means promoting open access to scientific data and publication alongside the highest standards of research integrity". Open Science represents in fact a novel approach to scientific development, based on cooperative work and information sharing, using advanced communication technologies and tools. Its aim is to facilitate knowledge dissemination through collaborative networks and to change research practices for better use, re-use and access to research data. Another goal is to make science and scientists more accountable and valuable to society. Today the questions raised by stakeholders and politicians are multiple: what are the main benefits of OS compared to the mainstream scientific approach, what are the key issues driving the impact of OS, how will it evolve in the near future and what are the best policy and governance conditions for its effective and successful implementation?

To help answering some of these questions, the EC created three High Level Groups: the Scientific Advice Mechanism (SAM) with 7 members and chaired by Rolf-Dieter Heuer (Former Director-General of CERN), the Open Science Policy Platform (OSPP) with 25 members, chaired by Johannes Vogel (Director of Museum of Natural History, Berlin) and finally the group on “Maximising Impact of EU Research and Innovation Programmes” with 12 members, chaired by Pascal Lamy (former Director-General of the World Trade Organisation).

The OSPP members represent different stakeholders from universities, research organisations, academies and learned societies (including EPS and EuCheMS), funding organisations, Citizen Science associations, publishers, Open Science intermediaries and libraries. Among its mandates the OSPP has to identify and evaluate issues of concerns for the science and research community and advise the EC on how to further develop and implement Open Science policies, review best practices, and encourage their uptake by the respective stakeholders. The OSPP uses also the reports of external expert groups to provide integrated recommendations on the 8 Open Science priorities, which are: Open Access & FAIR Data, European Open Science Cloud, Future of Scholarly Publishing, Altmetrics, Rewards, Education and Skills, Research Integrity and Citizen Science. The OSPP met already five times, the last one in Brussels on 2 March 2018 following a well defined agenda. Information on news, events, publications related to OS can be found at this link.

Today a large debate on Open Science, Open Access and also Open Data is ongoing at the national and European levels, raising either enthusiam or sceptiscism depending on the interests of the respective communities, regions and maybe countries. Removing the barriers to the acceptance of Open Science will require stronger interaction between researchers, business companies and the public. The European Physical Society has launched an opinion Survey on Open Science & Career Development for Researchers, which should provide some insight on how Open Science is perceived, at least within the physics community.